Behind every great auto shop is a back office team keeping work flowing, projects on time and the business organized in general. Bigger shops often have a huge staff that works full-time on such matters. But what if you’re a smaller shop? Resources can be stretched thin in this environment, and that means backend office activities may suffer. This can spell trouble if jobs aren’t flowing smoothly because of management mix-ups. You can avoid this fate, however. Here are a few ways auto shop management software can help.

When employees aren’t on time in an office, the impact can be minimal. But in a hands-on environment like an automotive shop, late employees can mean lost customers. Auto shop software lets you avoid this outcome by streamlining your employee scheduling. Create efficient schedules, manage employee clock-ins, manage overtime and more to keep your staff at peak performance.

Keep Up With Supplies

Having the right tools and supplies in-house can mean the difference between a quick turnaround on a job and major delays. And both of those can make or break customer growth. Auto shop management software tools let you manage suppliers, transfer parts between locations and recognize when you need to place new orders before it’s too late. Of all the benefits of auto shop software, these are easily among the most valuable.

At the end of the day, making a profit is your business’s ultimate goal and how the office is managed plays a surprisingly critical role in making that goal a reality. A good auto shop management software suite will integrate with programs like Quickbooks to let you manage profit margins and cash exchanges with ease.

Small businesses don’t have to invest a bunch of money to compete. Something as simple as a good auto shop management software suite can help. Research your options and set aside funds to prioritize auto shop software. Your profit margins will benefit!

Ernest Krajniak from Chilton, Wisconsin in the United States has been charged with arson after a lit cigarette ignited gasoline soaked clothes, setting his apartment ablaze.

On Friday April 3, Krajniak, 47, cleaned his entire apartment with about five gallons of gasoline, wiping everything down with the soaked clothes. After he was finished, he piled the soaked clothes in the center of his bedroom, lit a cigarette and then threw what was left of the still lit cigarette, into the pile.

Krajniak never called the fire department and never pulled the alarm. Instead he yelled ‘fire’ a few times then walked to the police station where an ambulance took him to a local hospital for the treatment of minor burns. The fire department later arrived to put out the blaze and his apartment was extensively smoke damaged. 11 other apartments were also damaged, leaving the occupants without a place to stay for at least a week.

“I should have never used that,” said Krajniak during a court appearance on Monday. He admitted to knowing that gasoline was highly flammable. He was arrested and his bond has been set a US$2,500. Krajniak’s next court appearance is scheduled for Monday, April 13. According to WISinfo.com, Krajniak has no prior criminal record.

The careless smoking of cigarettes has been blamed for thousands of fires across the U.S. In January 2008, an unnamed elderly woman in Buffalo, New York was receiving oxygen for medical problems in her home and lit a cigarette and began to smoke it. The oxygen coming from her mask then facilitated the ignition of her clothing, setting her on fire.

In the U.S. in 2002, only 4% of all residential fires were reportedly caused by smoking materials. These fires, however, were responsible for 19% of residential fire fatalities and 9% of injuries. The fatality rate due to smoking is nearly four times higher than the overall residential fire rate; injuries are more than twice as likely. Forty percent of all smoking fires start in the bedroom or living room/family room; in 35% of these fires, bedding or upholstered furniture are the items first ignited.

More On This Topic:

InfocampusWhat is an iOS? iOS (formerly iPhone OS) is a convenient working structure/working framework made and made by Apple Inc. exclusively for its gear It is the working framework that powers an impressive parcel of the association’s phones, including the iPhone, iPad, and iPod Touch. Like present day desktop working framework, iOS uses a graphical UI, or GUI. iOS is sketched out around touch screen contribution, rather than a console and mouse. For example, applications, or “applications,” can be opened by a solitary tap, rather than a twofold tap. Diverse screens can be seen by swiping your finger over the screen, rather than tapping on open windows. Since iOS is proposed to be fundamental and easy to use, it excludes a couple of features found in a standard working framework. For example, you can’t oversee records and coordinators like you can in Mac OS X or Windows. You moreover have limited access to iOS system settings. Instead of changing application slants from inside each program, most settings ought to be adjusted inside the Settings application. Additionally, while you can run distinctive projects at one, you can simply see one open program at any given moment. IOS utilizes a multi-touch interface where essential movements are used to work the contraption, as swipe, tap, squeeze, and switch squeeze, all of which incorporate specific definitions inside the setting of the iOS working framework 7 and its multi-touch interface. Inside accelerometers are used by a couple of uses to respond to shaking the contraption (one fundamental result is the fix request) or handing it over three estimations (one ordinary result is trading among portrayal and scene mode). iOS Training Institutes In Bangalore Collaboration with the OS fuses flags such Apple has been by and large lauded for merging watchful receptiveness limits into iOS, engaging customers with vision and hearing failures to really use its things .There are more than one million iOS applications available for download in the Apple application store, the most surely understood application store of any PDA. It is the second most well known compact working framework after Android. At first uncovered in 2007 for the iPhone, iOS has been extended to help other Apple contraptions, for instance, the iPod Touch (September 2007) and the iPad (January 2010). As of January 2017, Apple’s App Store contains more than 2.2 million iOS applications, 1 million of which are nearby for iPads. These convenient applications have all around been downloaded more than 130 billion times. What is an Operating framework? In the most essential terms, a working framework is the thing that lies among you and the physical contraption. It interprets the requests of programming (“applications”), and it gives those applications access to features of the contraption, for instance, the multi-touch screen or the limit. Flexible working framework like iOS change from most other working framework since they put every application in its own particular guarded shell, which shields diverse applications from modifying them. This makes it incomprehensible for an infection to spoil applications on a flexible working framework, albeit diverse sorts of malware can and do exist. The guarded shell around applications in like manner stances hindrances since it keeps applications from clearly cooperating with each other. iOS gets around this by using extensibility, a segment that fundamentally gives an application a chance to have the support to interface with another application. Hope this was helpful after your insight, Thank you Infocampus

We provide real-time live projects and hands on experience; Training is also aligned with certifications so you can easily validate your newly acquired skills. Infocampus is one of top and best App Development Course In Bangalore.For more details contact: 9738001024Visit: infocampus.co.in 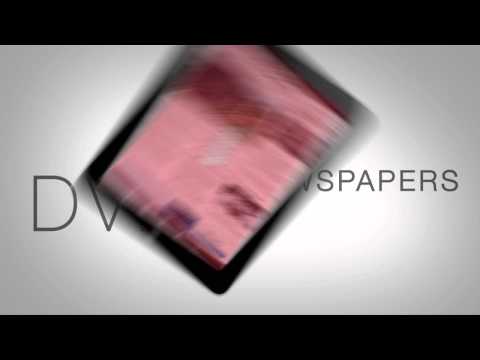 Correction — August 24, 2015 These briefs incorrectly describe BP as ‘British Petroleum’. In fact, such a company has not existed for many years as BP dropped this name when becoming a multinational company. The initials no longer stand for anything.

One person has been killed and dozens of boats have been severely damaged or sunk by storms on the Spanish island of Majorca.

The storms hit the island frequently last week, and the weather finally calmed on Sunday.

In San Telmo, a 62-year-old man died when he tried to save his sinking yacht. Winds of up to 60 mph were reported with gusts reaching 75 mph.

Boats could be seen sinking into the water for several days after the storm, with people unable to rescue them due to the conditions.

Local residents stated that they were the worst to hit the island, which has a large number of ports, in ten years, with the clean up effort continuing into this week.

A compilation of brief news reports for Monday, February 22, 2010.